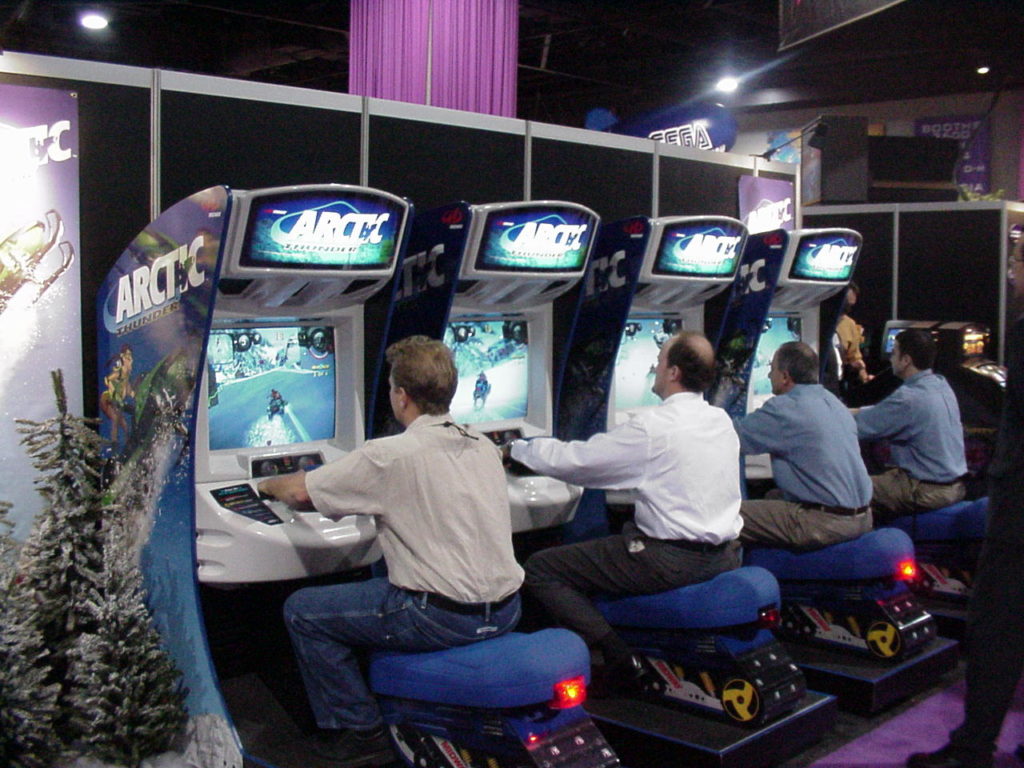 Arctic Thunder was one of the first Snow Mobile arcade machines. This arcade game rental is a sit down game manufactured by midway.  It makes for great fun and realistic feeling from the fan that blows air onto your face and the seat that rumbles you will feel like you are actually riding.

The game allows you to pick from six snowmobile riders and six tracks to race on. During the race, the player can pick up power-ups, ranging from boosts to atomic snowballs. Get close enough to your opponent and you can kick and punch them

During the race, pick up power-ups to use against your opponents. The tracks have many shortcuts and free falls, just like in Hydro Thunder. Four cabinets can be linked up for head-to-head play.