From the creators of PopNoggins comes the Magic Keys Giant Piano!

Everyone loves playing pianos. Whether you are good at it is another story. Take that same love for chopstix, twinkle twinkle little star, or mary had a little lamb and make it fully interactive! That’s what we did with the Magic Keys Giant Piano.

The magic keys GIANT piano was built in our Orlando Fl shop. The piano is a two octave keyboard with each key being able to be fully lit. Add to that 127 other sounds and you can have fun for hours. Watch as people just won’t be able to stop playing! We know because after we finished building it we couldn’t help but play a few of our favorite songs on this to scale giant piano.

Our designers and technicians first had to sit down and think of what it was that we wanted the piano to do. Because we have some theater nerds they decided they wanted the piece to actually sound like a real piano and not like the $80 roll out keyboards that are all too common. After we decided that we wanted the piece to be as accurate as possible we worked through how to do that. With a few midi controllers and some programing we got a fully functioning keyboard. 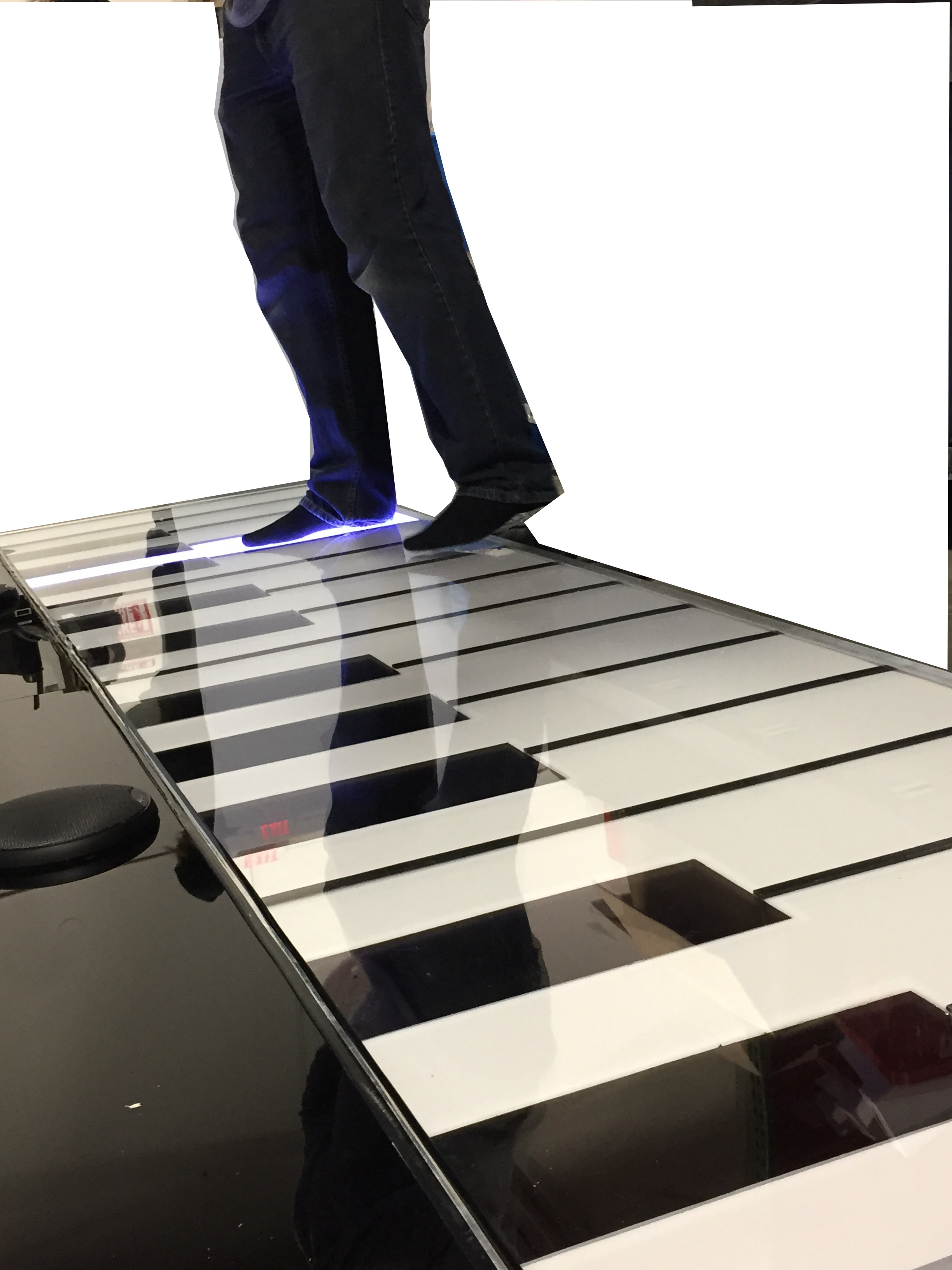 But what about lighting?! This was the most difficult part about building it was that we wanted the whole key to light up. Other models that you find online might only have a section of the key light up but not ours. Of course this made construction a little bit more difficult. That’s why our builders went with a multi layered acrylic design so that we could have not only the support we needed for it but so that we had a material that we could light up nicely.

At the end of the project the piano had 25 fully functioning keys with lights and sound! Plans for future models might include garage band recording with a fully synced playback/light control. Check out our youtube video of the piano in action!