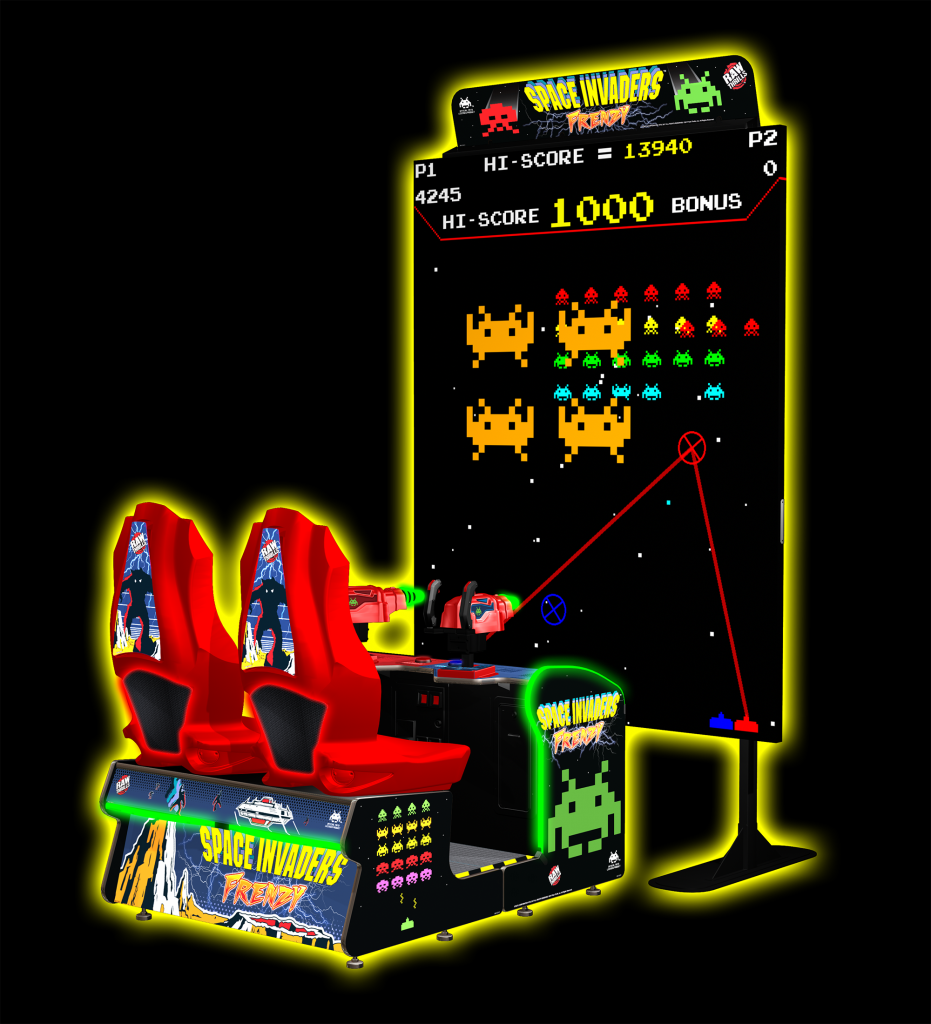 The GIANT Space Invaders Frenzy is the perfect arcade rental for your next corporate event or trade show. The game is an upgraded version of the classic space invaders with a sit down console.

Two players compete to be the savior of the earth. Fighting to save the world from invaders, players aim their space cannons to destroy as many invading ships as they can. The more ships they destroy, the faster they invade. Until finally, the last ship is approaching at the speed of light. The game has a GIANT LED monitor that is 8′ x 6′.

If you choose to wow your trade show guests with the Giant Space Invaders Frenzy game, we can add up to 4 different advertisement images to display when the game isn’t being played.